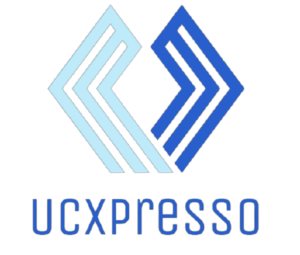 Heat pipes, in the simplest definition, are used in two-phase systems. They work by the action of the capillary mechanism. When we talk about heat transfer which takes place in two-phase, we are referring to the liquid to vapor change of phase. This is stated to be any working fluid’s condensation and evaporation type.

The online market is full of experts who have specialized in the two-phase heat transfer heat pipes design, as well as quality development, and manufacturing. Only the quality products are able to work efficiently.

Heat pipes are popular in various industries for having very effective high thermal conductivity. Such pipes pull out the heat from the main heat source. This technique takes place in the evaporator, known as evaporation. Now the transferred heat is taken to the basic heat sink. This takes place in the condenser and the phenomenon is condensation. This takes place with the help of the latent heat of vaporization via comparatively long distances in the case of the working fluid.

When we talk about typical heat pipes, they have three mechanical sections:

If you are looking for a high-performance copper heat pipe cooler you need to understand the working of heat pipes first.

For making heat pipes work, experts apply heat to one particular area of the heat pipe which turns the liquid into vapor. As the vessel is vacuum-sealed, the phase change from liquid to vapor takes place at temperatures that are below the liquid’s open-air vapor point.

However, it is important to keep in mind that water heat pipes that are of sintered copper nature and capable of freezing at 0°c will not be able to enter their operational ‘sweet spot’. This persists until the temperature hits 25°c.

In the next phase, the vapor will move to a lower pressure area where the cooling takes place and liquid is formed.

Finally, the liquid produced which is cool in nature gets absorbed into the wick material of the heat pipe wick material. Later it gets redistributed in the evaporator section following the capillary action. This capillary action is similar to how a paper towel will be able to soak up all the water even when only one corner is placed in the water. This process will keep on happening as long as you keep applying the heat.

Heat pipes with a variety of diameters are available in the market. They come ranging from 2mm to even 12mm according to the usage. Generally speaking, the bigger the diameter a heat pipe has, the better heat it will be able to handle. Keep in mind that the heat is measured in watts of power. Usually, this depends on the wick material of the heat pipes

We already discussed above that the vapor chambers and the heat pipes are two-phase heat transfer devices. They are used in various industries to increase the thermal performance of heat sinks. What are the other basic tech advantages of heat pipes?

Well, heat pipes are majorly used extensively due to the increased thermal design power of modern electronic components. Also, their power density plays a vital role in this. With such valid increases, engineers and experts have now realized that they immediately need to reduce the conduction limits in the case of solid metals.

Depending on a host of variables, the thermal conductivity of two-phase devices effectively changes. Mainly, it changes with the heat transfer distance.

The longer the distance will be, the higher the thermal conductivity will be. Or it will be constant in other cases.